When Can I Request a New Judge in My Criminal Case?

There are few more important court cases than criminal ones. The outcomes of criminal cases can be literally life-changing, and as a result, it’s worth taking every aspect of them seriously. This, of course, includes the judge presiding over the case.

Many people don’t realize that you can actually request a new judge for a particular case, and that it happens somewhat regularly. There are a few guidelines when it comes to switching, though:

When can I switch judges? 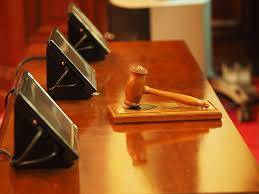 The judge you are assigned will be appointed to your case fairly early on, so once you find out which judge you have been appointed, it’s a good idea to go sit in court and watch them preside over other peoples’ cases. You might find that they’re a good match for you, and you might find that there are aspects of their court behavior that you really don’t agree with. As mentioned above, the longer you wait, the harder it will be to get a new judge, so the sooner the better.

You may have to spend a day in court watching your judge, but if it gets you more comfortable with the person that determines your court outcome (and consequently, future), it is time well-spent.

How can I switch judges for a case once proceedings begin?

Although it is rare, you can actually get a new judge for a case once it has begun, but you have to be able to prove that the judge cannot effectively preside. Normally, in such circumstances, the judge will recuse themselves before it becomes an issue, but just in case they don’t, here are some criteria you can use to argue for a new judge:

There are a few other reasons that would put the judge’s ability to give a fair trial into question, but you would have to be able to prove that they somehow have a vested interest in the outcome of the case. It is not all that common, but it does happen, so if you are suspicious, be sure to get in touch with your attorney, and they can begin an investigative process to make sure you’re getting the most fair trial possible.

photo by Daniel_B_photos on pixabay