Bail Bond – Will a Bond Be Set? 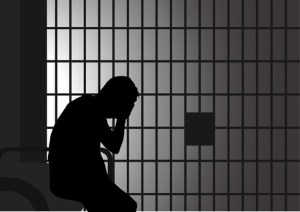 At the first proceeding (initial appearance) the jail court judge will:

Set a bail or bond amount. This can be anywhere from $100 – $2,000,000.
OR
Release you on your own recognizance. (This is called an OR release)
OR
Release you to the custody of a third party. This could be a friend, a family member, or an agency such as pretrial services.
OR
Set no bond. In serious felonies such as homicide or child molestation the judge at the initial appearance may refuse to set any bail or bond, and hold the person in jail without bond.

How High Will the Bail or Bond Be?

Having an attorney at the Jail Court should be your highest priority. Once the bond is set, it establishes precedent. A later judge will not easily change the bond set by the first judge.

Act Quickly. You must have an attorney at the jail court. Having an experienced criminal attorney at the initial appearance can make the crucial difference between whether you are released OR (on your own recognizance) or remain in jail with a high bond. Because all of our team of attorneys have more than 20 years experience, we know how to argue your case to get you released.

Jail Court. If you are booked into jail you will appear before a judge within 24 hours. The judge will set the bail or release you. Jail court is crowded and often held late at night. It is very rare to see an attorney in jail court. This is because most people do not yet have an attorney. If you have an attorney at Jail Court, the judge will treat you more carefully. This is especially true if your counsel is a well known and a seasoned professional.

Bail Fees. In the “old days” bail fees were 10%. Today most bail bondsman charge 15 percent plus. In addition, your bondsman will probably require that you surrender additional property to “secure” the appearance.

Typical Bail Situation: Jail court sets bond at $200,000. Bail bondsman fee is 15 % or $30,000. Even if you always show up for court and are later acquitted at trial—you have lost the $30,000 fee. In addition, the bondsman will usually require additional security such as a deed to your home, or, that you surrender other property such as vehicles or boats. These will be held by the bondsman. In addition, the bondsman will charge you a “holding fee” for each day that your property remains with them. This can add up to thousands of dollars that you will have to pay to get your car or other property back.

Avoid High Bail Fees. Having an attorney at the jail court appearance can save you thousands of dollars in bail fees. When an attorney appears at 2:00 AM in jail court, the judge takes notice.

Typical Bail Situation – our approach: The court’s bail schedule may suggest a bail of $200,000. We would not accept this. Our team of experienced attorneys will attack the bail schedule. As seasoned trial attorneys, we know how to argue your case to the judge. Our goal is to have you released OR (own recognizance). If that is not available, we will work to get the lowest bail possible. In this example, even if we “lose” the argument for an OR release, the court might set a bail of only $5,000 or $10,000. With this lower bail you might post the bail directly with the court. By eliminating the bondsman, you would receive back the total bail at the end of the case.

Will an Attorney Appear at 2:00 A.M in Jail Court?

We do. Most attorneys do not appear at night court or on short notice. This is a terrible mistake. Having an attorney at the first court appearance can make the difference between having a bond of $50,000 versus an outright release.

24/7 –Talk to an Attorney. If you have just been arrested — talk to an attorney now. Don’t settle for an answering service or a paralegal. You need counsel at your initial appearance. You need an attorney with you at the jail court.