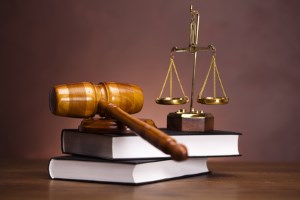 Just arrested? What you do next may be the most important decision in your life.

Will Bail or a Bond be set?

Should you first call a bail/bondsman or an attorney? Getting a good attorney on your side within the first 24 hours may save you thousands of dollars and get you out of jail sooner. A bail/bondsman may not even be necessary if you have an experienced criminal trial attorney with you at the jail court.

When you are arrested, you will have an initial appearance before a judge within 24 hours, in what is called jail court. It is here where the judge will set bail or release you.

Burns, Nickerson & Taylor can represent the accused in this hearing. We can act to protect the rights of the accused, keep bail as low as possible or secure the release of the accused without bail.

An Attorney at Our Firm Is Available 24 Hours Day.

How We Can Help You in Jail Court

It is rare for an attorney to represent a client in jail court, so when an attorney from our firm does show up in jail court, judges take notice. They realize that the accused has resources and a desire to protect his or her rights during this initial hearing.

Once bail is set, it is difficult to get it reduced. Because we are experienced criminal defense attorneys, we are often able to reduce the bail amount or secure the release of the accused without bail, even in felony cases. This can save you tens of thousands of dollars in bail fees.

Burns, Nickerson & Taylor can then begin the criminal defense process. Having early representation can provide you with many benefits. In some cases, we may be able to persuade the prosecutor not to file a charge or to file a lesser charge through pre-charge representation.

Representation by an attorney can help you avoid or minimize bail bond fees.

Example — A bail bondsman typically charges 15 percent of the total bail amount as a security fee. On a $200,000 bail, that fee amounts to $30,000. This is money the bail bondsman gets and which will never be returned to you.

Act Now to Protect Your Rights

An attorney from Burns, Nickerson & Taylor is available 24 hours a day — on short notice. We will act to protect the rights of the accused and fight to secure release for the smallest bail amount possible.