What Makes a Traffic Stop Unlawful

When it comes to traffic stops, it’s not uncommon to hear stories of people saying “they just pulled me over for no reason,” but the truth is that police officers always have to have a valid reason for the traffic stop. In fact, there have been many times where individuals have had convictions overthrown because the police officer should not have initiated contact in the first place.

What exactly are these valid reasons for initiating contact? 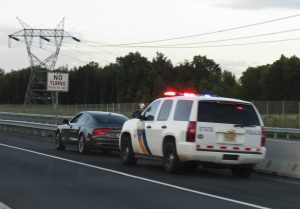 Well, that’s not the easiest question to answer, since some of the reasons themselves are rather vague, and sometimes the courts will simply take the police officer’s word for it unless you push back for proof, but here are some of the most common reasons for stops:

There are many more examples, but even with just those few examples up there, it should be fairly easy to see how common, everyday driving habits can be enough letter-of-the-law reason for a police officer to initiate a traffic stop.

Luckily, even with proof, police officers are constantly having to make judgment calls, and they don’t always get it exactly right. If you and your attorney are able to argue that the officer subjectively over-stepped their bounds, it can be cause for the entire traffic case to be thrown out.

If you think you were wrongfully stopped, make sure you take action as soon as possible.

photo by versageek on Wikimedia Commons