What is Jail Court and Should I Have a Lawyer for Jail Court?

If you’ve been charged with a crime and don’t know how the process works, you may be feeling very lost and afraid. We’re here to help! We advise you get a lawyer as soon as possible to keep your bail, and ultimately your sentencing, to the minimal amounts.

What Is Jail Court? 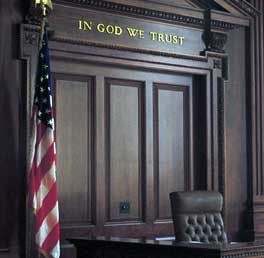 Once you’ve been arrested, you’ll be asked to appear in court within the first 24 hours. This court appearance is known as “jail court.” The purpose of jail court is to stand before a judge and have your bail set or be released all together. In some cases, jail court may be held in front of a remote judge, where a judge will video or voice conference into the courtroom.

Do I Need a Lawyer for Jail Court?

The simple answer is yes. Having a lawyer in jail court greatly increases your chance of a low bail or release. Typically, when a defendant appears in jail court, they rarely have an attorney at this stage. Having an attorney in jail court will cause the judge to notice that you are serious about protecting your rights. Having an attorney at this hearing will also help fight for your release. An attorney can accurately defend your right to be released. Often, high bails are set to defendants viewed as a flight risk. An attorney can decrease your chances of being viewed as a flight risk. In turn, this increases your chance of being released or have a low bail set. When you don’t have representation, it’s tougher to properly protect your rights, despite the efforts of the others in the courtroom.

Additionally bond may be rejected in some cases if the court thinks the bond was earned under criminal activity. An attorney can defend the source of your bond to ensure it’s accepted.