What is Classified as Domestic Abuse?

The term domestic abuse usually brings violence to mind, but abuse can come in other forms, and even go unnoticed. There are five different types of violence that are classified as domestic abuse. 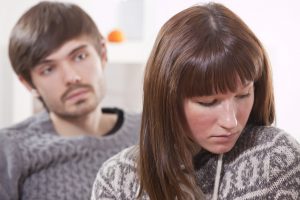 The first form of domestic violence is physical abuse. This is the most recognizable form, and it involves force being used against the victim in order to cause injury. Even if the violence doesn’t cause a major injury, it is still physical abuse. Even a push or a slap to the face are abusive.

Emotional abuse is another form of domestic violence, and it involves destruction of the victim’s self-worth. This can be brought on in a number of ways, like persistent insults, criticism or humiliation. Emotional abuse is common in unhealthy relationships and can sometimes be difficult to understand. Someone constantly tearing the victim down mentally and emotionally is a form of abuse.

The third form of domestic abuse is sexual abuse. This is not just limited to sexual assault and rape, but also includes sexual harassment such as unwelcome touching and demeaning behaviors. Sexual abuse has a broad interpretation. Even being coerced into not using a contraceptive or having an abortion are forms of sexual abuse.

Financial abuse is the least obvious of domestic violence. An example of financial violence would be a husband preventing his wife from getting an education or a job outside of the home. Although financial abuse isn’t very obvious, it is extremely common forms of abuse in households. It often occurs when spouses pool their bank accounts into one account and when there’s little to no family support system to help. The victim is usually financially dependent of their partner, and this is a way their partner can control them.

Domestic violence too often goes unreported and sometimes it’s because the victim is unaware they are experiencing it. If you or someone you know is experiencing a form of domestic violence, don’t hesitate to get help through police, legal prosecution of the abuser, restraining orders or institutional support.