Should I Call a Bondsman or an Attorney?

Most people who get arrested just want to get out of jail as quickly as possible. They usually end up calling the bondsman, posting bail and worrying about calling a lawyer later. But this isn’t always the best option and you can end up spending a lot more money this way. So why is it better to hire a lawyer before bonding out?

What happens after you’ve been arrested?

After being arrested you will be brought to the nearby county jai. You will then be booked and appear before a District Court Commissioner within 48 hours. At this appearance your bail will be set. It is most beneficial to have a lawyer present at this hearing. If you do not have a lawyer and you choose to use a bondsman to pay your bail they will charge you 10 percent of your bail plus a $10 fee. This is money you will never get back.

Why you should always call an attorney before a bondsman 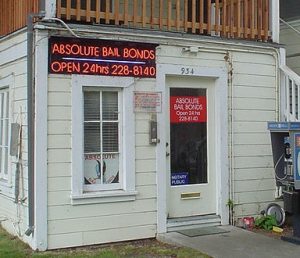 Few people want to spend a night in jail. This is why most people decide to call a bondsman to get them out right away. Doing this will end up forcing you to pay a nonrefundable premium to the bondsman’s services. You can avoid this and more costs by calling a lawyer first.

photo by Centpacrr on Wikimedia Commons