Do I Need a Lawyer for a Bond Hearing?

A bail bond is set by a judge upon your first jail court hearing. It is always best to have an attorney for these hearings as they can help in a number of ways and make the process go much smoother.

How will a lawyer help in a bond hearing in Arizona?

A bond lawyer will help you act quickly and can be crucial in whether you are released or stuck with a high bail bond. Attorneys know how to argue your case to get you released quickly. 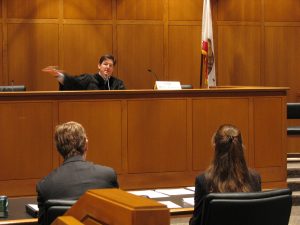 A judge will treat your case more carefully if you have a lawyer. Often times Jail Court is held late at night and very crowded. Most people don’t have lawyers at this point in their case so having one will make the judge take your case more seriously.

Having an attorney at a bond hearing could mean the difference between a 50,000 bail bond versus an outright release. Although most attorneys don’t appear for a bond hearing, we do, giving you the best chance at being released.

photo by maveric2003 on Wikimedia Commons