Differences between Theft, Robbery and Burglary

You may think that robbery, theft and burglary are simply synonyms for one another but in the eyes of Phoenix law, each crime how it’s own distinction. While theft and robbery are similar in that the involve the taking or attempted taking of personal property, burglary is slightly different. We’ve broken down the differences that between theft, robbery and burglary below.

Theft is one of the most commonly committed crimes and it can go by many names. Larceny, petty theft, grand theft and other terms can be used to describe the crime, depending on what state you live in. To commit theft, an individual has to take someone else’s property without the owner’s consent and with the intention to permanently deprive the owner of its possession.

This means that an individual is taking personal, tangible piece of property and often involves money, physical goods or any other tangible item that can be moved or transported. To commit theft, a perpetrator is working against the owner’s interest. Thus, you can be charged with theft if you take an item with the owner’s permission.

Robbery is similar to theft, but in the case the perpetrator is taking something from a person and using force or threat of force to do so. This means that an individual cannot commit robbery unless they are taking something that a person is holding or has within their control. This includes property located in a safe at a bank teller can access.

Robbery also requires violence or threat of violence to be classified as such. Even if the victim does not suffer you can be charged with robbery by threatening to inflict harm. 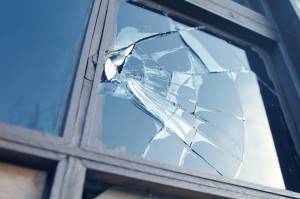 The most common form of burglary is entering into a person’s home. However, a perpetrator can commit burglary if they enter any structure with the intent of committing a crime this includes nonresidential building, natural formations, and even temporary structures like tents.

It is a common misconception that you have to “break into” a structure to commit burglary, but this is not the case. You can commit burglary by walking in the front door! Additionally you can be charged with burglary even if you have not fully entered a structure. That means snatching a pie from a windowsill is technically burglary!