Differences between DUI and Extreme DUI in Arizona

DUI’s are not taken lightly in the state of Arizona. A first offense DUI is punishable automatically with at least 24 hours of mandatory incarceration. An extreme DUI is punishable with a minimum of 30 days of incarceration. Both are taken as serious offenses in Arizona, but there are some major differences. Let’s take a closer look at those differences between a DUI and Extreme DUI. 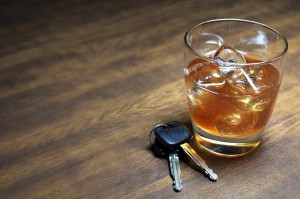 An DUI is marked primarily by a Blood Alcohol Concentration of at least 0.08, but below 0.150. A BAC above 0.150 is enforced as an Extreme DUI. There are also many differences in the penalties offenders will face with both crimes. As a first time offender, a DUI is a Class 1 Misdemeanor, which can include mandatory 24 hour incarceration, drug/alcohol screenings during counseling, a fine of at least $250, driver’s license suspension, interlock device installation, and a maximum of 5 years of probation. A first time Extreme DUI offense can include the same types of punishment, but the minimum incarceration time is increased to 30 days instead of 1 day. All of the penalties increase as the offenses become more. For example, if the offender has a prior DUI conviction in the last seven years, the minimum period of incarceration is 120 days.

There is a third category of DUI known as Super Extreme DUI, which is when the driver’s BAC is 0.200 or greater.

With all of the ride-sharing, carpooling, and car escort services available today, there is no excuse to drive while under the influence of any substance. However, if you find yourself in the unfortunate situation of being charged with a DUI / DWI, we can help you. As experienced attorneys we can fight your case with the knowledge and care you deserve. Call us today to schedule a free consultation.