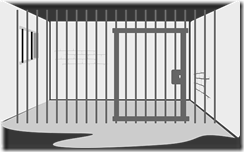 In Arizona, bail is set based on the minimum amount that will ensure that the defendant will return and appear in court, but there are people who now want to change that.

Many people who have committed minor offenses sit in jail simply because they cannot afford to pay their bail. A panel of criminal law experts now what to make the setting of bail based on the defendant’s ability to pay it.

A report released by the Task Force on Fair Justice for All stated, “While people arrested are protected by a presumption of innocence, if they lack the access to money, they often remain in jail.’’

Although these laws have not been changed yet, Dave Byers, who chairs the panel created by Supreme Court Chief Justice Scott Bales, said that defendants who sit in jail because of their inability to post jail cost taxpayers. It costs taxpayers around $1 million every day to operate jails currently.

Other negative effects of unaffordable bail include:

Still, according to Deputy County Attorney Tom Stoxen, of the hundreds of cases heard each year in Yavapai County Superior Court, there are about 50 felony defendants who fail to appear when they’ve been released on bond.

90 percent of defendants who do get out on bail or bonds do show up for their court hearings. With the majority of defendants appearing in court, it seems that changing the bail system would be positive for both defendants and taxpayers.

photo by mz-Alph on pixabay