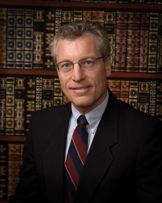 Kevin L. Burns attended law school after receiving his B.S. from the University of Arizona and working in the business community. In 1984 Mr. Burns obtained his J.D. degree from the University of Arizona School of Law. Mr. Burns’ legal career began at the Maricopa County Public Defender’s Office in Phoenix, Arizona. During his time working at that office Mr. Burns learned and developed his trial skills. Since then, Mr. Burns has continued to refine these skills during his tenure working in the legal community with law firms and governmental agencies.

In 1999 Mr. Burns became a founding member of the law firm Burns, Nickerson and Taylor, PLC. Since then Mr. Burns has further developed and expanded his litigation practice.

His present areas of expertise include all forms of criminal defense along with personal injury, civil rights violations and legal and medical malpractice.

Mr. Burns is a present or past member of Arizona Attorneys for Criminal Justice, Arizona Trial Lawyers Association, American Bar Association, and the American Association for Justice. Mr. Burns is licensed to practice in Arizona State and Federal Courts, along with the United States Court of Appeals for the Ninth Circuit. He is familiar with courts from all Arizona jurisdictions including Municipal, Justice and Superior Courts.

Mr. Burns has resided in Arizona since 1978. He is married with two children both of whom reside in Arizona. He is an outdoor enthusiast who enjoys biking, hiking, camping and golf.